The RTOG Foundation (RTOG) is a nonprofit organization dedicated to improving outcomes for cancer patients through the conduct of practice-changing clinical trials. RTOG collaborates with partners from industry and federally funded programs to support its research.

RTOG is the successor to the NCI-funded Radiation Therapy Oncology Group. The Radiation Therapy Oncology Group was organized in 1968 as national clinical cooperative group for the purpose of conducting multicenter radiation therapy research and clinical investigations. It was part of the NCI-funded cooperative group program from 1971 until 2014. During that time it activated over 500 protocols, accrued more than 110,000 patients to cooperative group studies, and published over 1,000 papers reporting the results of its findings.

In 2014, in response to NCI’s consolidation of its cooperative group research into the National Clinical Trials Network (NCTN) Program, the Radiation Therapy Oncology Group joined together with two other national cancer cooperative groups, the Gynecologic Oncology Group (GOG), and the National Surgical Breast and Bowel Project (NSABP) to form NRG Oncology (NRG). The RTOG Foundation continues the NCI-funded research of the Radiation Therapy Oncology Group through its membership in NRG Oncology. In addition, it has developed an independent portfolio of industry-funded research partnerships that seek to further our understanding of effective therapies to improve the survival and quality of life of patients with cancer. 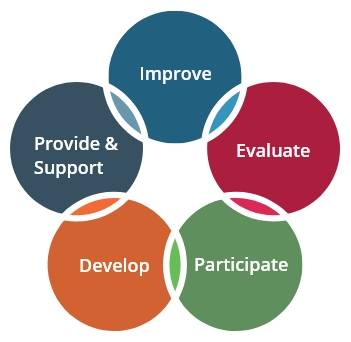 The RTOG Foundation had its origins in 1997 when the RTOG Fund under the auspicious of the American College of Radiology, the grant holder for the Radiation Therapy Oncology Group, was created for the purpose of receiving and allocating corporate and private donations to allow the Group to sustain and expand important activities critical to its research mission. In August 2013 the RTOG Foundation incorporated as a nonprofit foundation in the Commonwealth of Pennsylvania and in July 2014 RTOG Foundation, Inc., received 501(c)3 nonprofit status.

The RTOG Foundation has maintained relationships with the core membership from the legacy Radiation Therapy Oncology Group and is able to access new members through its membership in NRG Oncology. Today RTOG is a dynamic, multidisciplinary research group with vigorous participation by physicians and other investigators at many of NCI’s designated cancer centers, major community centers, and the major academic and regional centers of Canada. RTOG also has a strong international presence with access to sites on four continents. This participation includes leadership from medical oncologists, surgical oncologists, pathologists and laboratory scientists as well radiation oncologists.

RTOG currently conducts its federally-funded clinical trials through its membership in NRG Oncology (NRG). NRG is a joint venture of the RTOG, GOG and NSABP Foundations, formerly the Radiation Therapy Oncology Group, the Gynecologic Oncology Group (GOG), and the National Surgical Breast and Bowel Project (NSABP). The three groups came together in 2014 in response to NCI’s restructuring of the cooperative group system into a new consolidated and integrated NCI National Clinical Trials Network (NCTN) Program.

To participate as an RTOG study investigator, your organization must be part of the RTOG Foundation network. Patients who wish to participate in a study must be under the care of an RTOG participating investigator. For additional information, email info@rtog.org or call 1-215-574-3173.